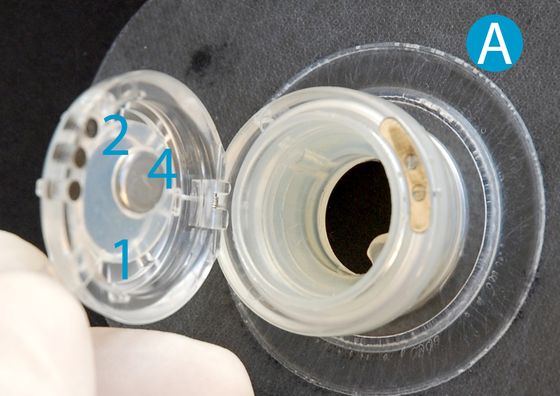 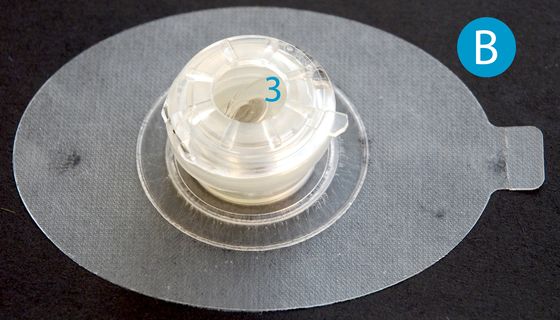 The former AdevaWindow® is sold now by Servona under the name ESKA Window® II after Prof. Hagen. It is available in three opening pressures of its cough valve.

The ESKA Window II can be combined with standard tracheostoma plasters using a adaptor ring. It has a 22-mm connector. The cover (1) of the window is also the coughing flap that is held closed by magnets (2). The number of magnets used determines the closure strength of the coughing flap. The speaking valve (3) is also integrated in the window cover, and it too is controlled by magnets (4). There is a “breathing position” in which the magnet in the speaking tube is secured by another magnet (5) to the window shaft (fig. F). The speaking valve flap is not fixed when in the speaking position, and can close the valve opening in the cover of the window (fig. G). The changeover between speaking and breathing positions is made by turning the knob (6) of the window against the base (7). The position is read from a small pin at the base of the window. If the window is placed on a tracheostoma plaster, then we recommend placing a fixing ring over the 22-mm connector of the plaster. This ring secures the pin to the base of the window, and enables the knob to be turned to select the speaking or breathing position. A thin HME (9) can be placed on the window and secured with a clip ring (10; fig. C and D). 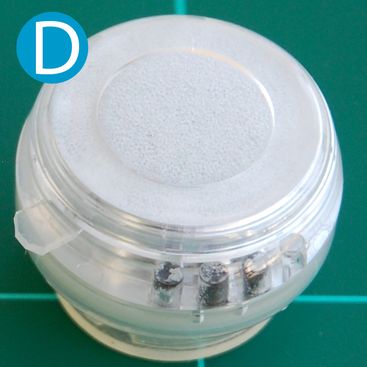 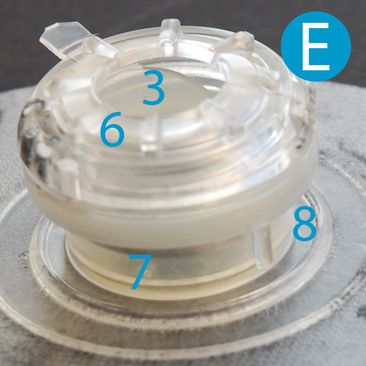 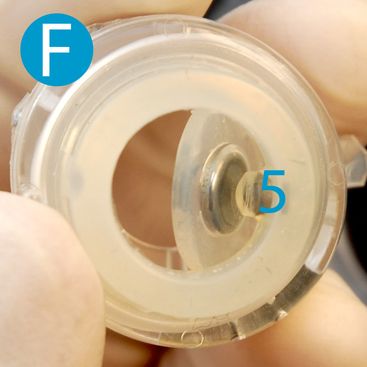 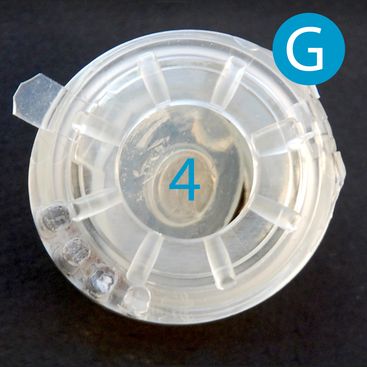